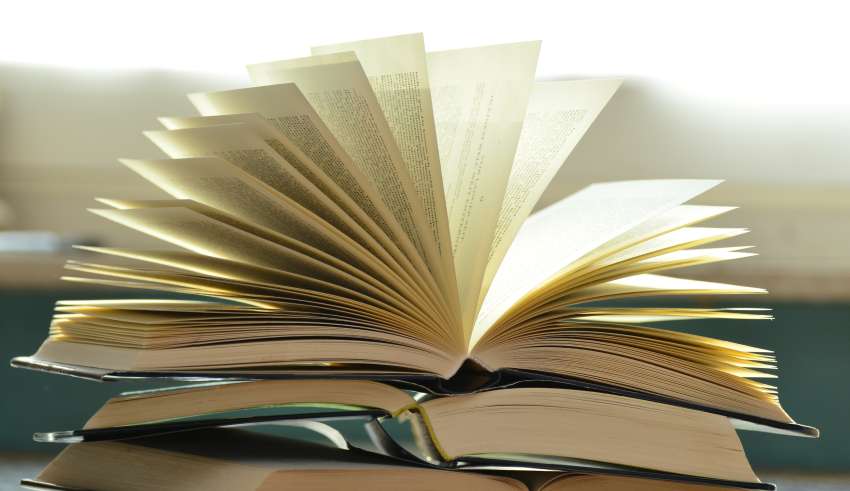 Are you ready to take a vacation, but just can’t seem to find the time or money to jet off to parts unknown? Get ready to travel to the far reaches of the universe, all from the comfort of your own home. We’ve compiled a list just for you, so you can read these books online for free.

Science fiction has always been an escapist’s dream, rooted in science, fiction, and fantasy, all rolled into one. One of the earliest and possibly most popular subgenres in sci-fi is the space opera, which usually tosses the laws of sci-fi out of the window and embraces fantastical entertainment.

Space opera, if you’re not familiar, is a subgenre of sci-fi that combines fictional space warfare, melodrama, chivalric romance, and amazing adventures all set upon a vast, intergalactic stage. Early proto-space opera began as early as the late 1800s, but it wasn’t until the 1920s that space opera as a subgenre really took off, gaining popularity in pulp magazines like Amazing Stories.

If you love swashbuckling adventures that take place in outer space, we’ve got some of the best books to read online for free! Keep reading to discover some cosmic space opera reads from both past and present.

A Honeymoon in Space by George Chetwynd Griffith

Lenox, the Earl of Redgrave, has made an exciting discovery: a ship that can break through Earth’s gravitational pull and fly into the stars. But he doesn’t want to explore space alone, so he seeks out his past love, Zaidie, to accompany him. Zaidie, who is trapped in a loveless engagement. Lenox feels he must act to save her from her loveless marriage, so he steals her away and whisks her away on a “honeymoon in space,” where they see wonderous sights like hostile Martians and musically talented Venusians.

Published in 1901, this action-adventure is considered one of the early great space operas. Read for free on Amazon.

The Skylark of Space by Lee Hawkins Garby and E.E. Smith

When Dr. Richard Seaton discovers a power source—simply called X— that will power interstellar flight, his laboratory coworkers don’t believe him. So, he turns to the government to acquire the rights to his amazing discovery and funds his new project with the help of a millionaire inventor friend Martin Crane. When a rival scientist holds his rich fiancée hostage in exchange for the X, Seaton and pal Crane must rescue her. But when the ransom exchange goes awry, they find themselves being pulled far into space by a dead star…

Confederate Captain John Carter heads to Arizona after the Civil War ends with his friend and fellow soldier James Powell. When James is killed by a Native American tribe, John seeks refuge in a cave. But when a strange, noxious gas knocks him out, he wakes up—on Mars. Because of the low gravity on Mars, John appears to have extreme strength and agility, making him an instant hit with the Martians. John becomes part of their tribe and helps them attack a warring tribe. When the Martians kidnap human princess Dejah, and he discovers Dejah will be killed, he rushes in to save the day.

Although he is remembered most for his Tarzan series of books, Burroughs also published groundbreaking science fiction in the early 1900s, his Barsoom series being the most popular. Published in 1912, A Princess of Mars (the first of the Barsoom books) is considered one of the earliest space opera style novels.

Jonica Desoll is a free-wheeling, planet-hopping space pirate. But when her cutthroat companions become increasingly violent, Jonica just can’t handle the bloodshed anymore. So, she listens to the nagging voice in her head telling her to run away, stealing her captain’s favorite ship in the process.

On the run and pursued by her former squad, she takes a risky job to earn money for her escape, against her better judgement. But can she escape the bounty hunters, former crew, and alien agents bent on revenge against her?

While this exhilarating sci-fi adventure isn’t exactly free, you can read the first three chapters free, then buy for only $0.99!

The Overseers scattered humans across the cosmos thousands of years ago. They didn’t bet on one finding her way home.

Justice Keeper Anna Lenai is on a mission to find an escaped felon. But when she follows the alien into unchartered space, she accidentally stumbles upon the lost world of her human ancestors. There she discovers a conspiracy that will not only change her life but shake the entire world to its core.

Read this nonstop thrill ride for free on Smashwords.

In the late 20th century, a probe is launched to study the dwarf nova system SS Cygni. It sends back hours of video, including a serpentine form made of fire that shows signs of intelligence in its purposeful movements. The Biolathe Corporation sends a crew, led by plucky captain Lena Fang, to study the mysterious form, determine whether it’s natural or of synthetic origin, and most importantly—bring back a sample.

Published with Tor books publishing house in 2003, you can now read the book for free on the author’s website (linked above).

Author bio:- Heather R. Parker is a freelance writer, editor, and poet from Georgia. Her work has been published by Nightingale & Sparrow Magazine, Goats Milk Magazine, Pyre Publishing, Analog Submissions Press, Between Shadows Press, Friday Flash Fiction, Clover & Bee Magazine, 365 Tomorrows, Entropy Squared, and others. In her spare time, you can find her doing yoga, taking long walks in the woods, birdwatching, or picking flowers in sun-dappled meadows. You can follow Heather’s writing on Instagram and Fictionate.Me.